Request a Quote
Previous Next

How Often should You Treat Your Home?

How Often should You Treat Your Home?

How frequent Should Home Pest Control be done

According to the Smithsonian Institute, a federal trust established by the U.S. government in 1864, there is an astounding 10 Quintillion (that’s a 10 followed by 18 zeros!) bugs in the world, and if you are an active homeowner with a growing family, you may feel at times as if you have more than your fair share of those 10 quintillion living in your house. In this article, well describe home pest control factors you can employ in your home to minimize invasion of the little critters, how often to employ pest control, how to do it? Are you ready? If you’re already in trouble, perhaps this short blog comes none too soon.

A few words that exterminators would like you to know

First, according to Woman’s Day Magazine, a publication with over 6 million subscribers,

in an article entitled “10 Things Your Exterminator Wants to Tell You,” the three most important tips are:

The real difference between extermination and pest control

The vast majority of pest control companies would also like to remind you that in actuality, there is a fundamental difference between “exterminators.” and “pest control” companies. Exterminators are really a 1950s term, in which if a home was invaded by cockroaches or ants, then a homeowner hired them expecting they would use “nuclear blast” chemicals that would kill every living thing except the children and the pets.

After the exterminator did their thing, homeowners expected to sweep away the bodies of hundreds of dead bugs as proof the home was “exterminated.” Modern pest control companies today, use as gentle an application of pesticides as possible, yet still, protect the home. And they will blast your home with a pesticide “fog” only in the most extreme cases.

Modern pest control companies focus on why you have bugs in your house in the first place, and in addition to applying mild pesticides, look for leaks around toilets or pipes in which water pools, and attracts insects, poor or decayed weatherstripping, and clogged gutters that allow pests to enter the home. The bottom line is that it’s not about the “thrill of the kill” but rather in finding long-term solutions that at the same time, are as environmentally safe as possible.

What does the government say about pest control

Should you do your own pest control?

Most experts say, and the vast majority of homeowners agree, that pest control is a job for experts. Many people who DIY their own pest control, use far too many and even combine chemicals to enhance the “kill ratio.

The problem with DIY applications is that they are a short-term solution, and a homeowner may never put two and two together that in an infestation of bugs is due to a leaky pipe, or poor weatherstripping.

How often should you treat for pests

Most pest control companies suggest an every other month routine to keep pests at bay. Although if you have a sudden infestation, particularly of fleas, you may want to jump-start it immediately.

And for those living in apartments, if you notice an infestation of fleas, ants or cockroaches, notify the tenants of the apartments next to you and below you about your problem, and suggest they also do an inspection or consult a professional to inspect their apartment for pests. 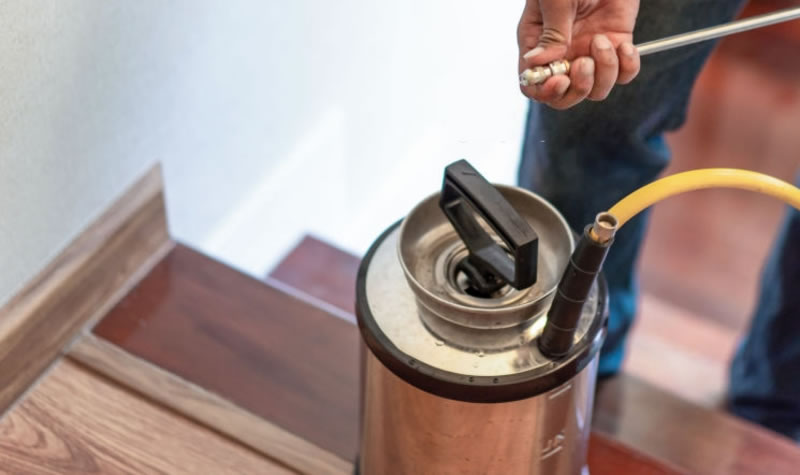 Above all, hire an expert

If you do need a pest control agency, be sure and question them about not only how long they have been in business and their suggested references, but ask them exactly what their approach both to the use of pesticides and long-term pest control are.

By Ryan Mead|February 28th, 2020|Pest Control|Comments Off on How Often should You Treat Your Home?

About the Author: Ryan Mead